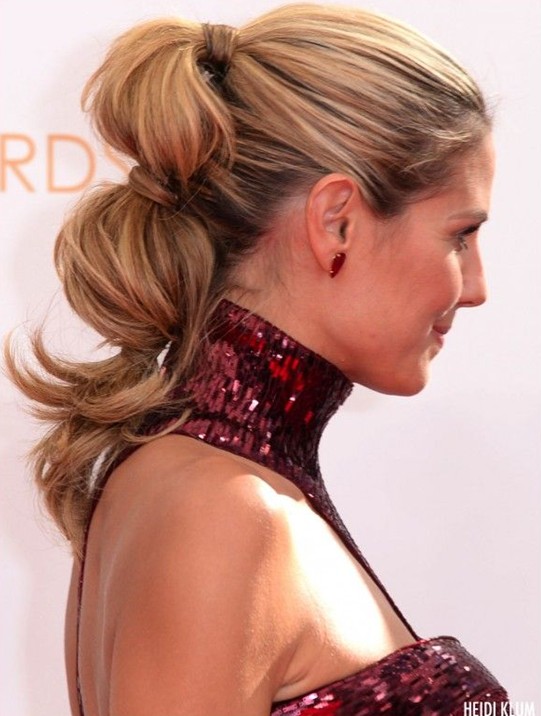 Here, we list some of her splendid and cool hairstyles from which you can choose the best one that suits your face shape, hair texture and hair density.

Heidi Klum pulls her long blonde hair up high and tight into a super-smooth ponytail. She proves people that even a basic straight ponytail can be created perfectly for the great events.

Heidi Klum styles her long hair in a partially braided feathery hairstyle. Her lengthy hair s side parted and the right side is braided and dragged back. The left side is left loose sitting on her shoulder.

Heidi Klum styles her lustrous hair into layered waves which create a casually tousled effect. The side sweeping bangs hide the bulk of her forehead and pair the shoulder-length wavy hairstyle ideally.

Heidi Klum styles her locks into a chic, twisted up-do which exposes her sexy neck. Her hair is swept back in sections and fixed at the back of her head. Next, one-inch pieces are twisted, looped and fixed with bobby pins. A bit of strong-hold hairspray helps hold it in place better.

Soft curls and waves add much volume to Heidi Klum’s hair and it gives her look an instant make over. A causal side part put the cool finishing touch on her voluminous hairstyle. You can also create the fabulous hairstyle with a large-barrelled curling iron.

Heidi Klum shows off a bobby pinned high bun. All the hair is pulled off her face. The simple yet classic hairstyle can flatter many face shapes.

Heidi styles her shining and healthy hair into a smooth mid-length bob with a side part which forms the perfect frame around her face. The hair ends are layered and created inwards to contour her face.

Heidi Klum shows off her shoulder length layered hairstyle. The crafted blunt edges and the various layers contour her face in a flattering way.

Heidi Klum adds much fun and fashion factors to the usual high ponytail by wrapping an inch of hair three times. Such a splendid hairstyle works better on curly hair textures. 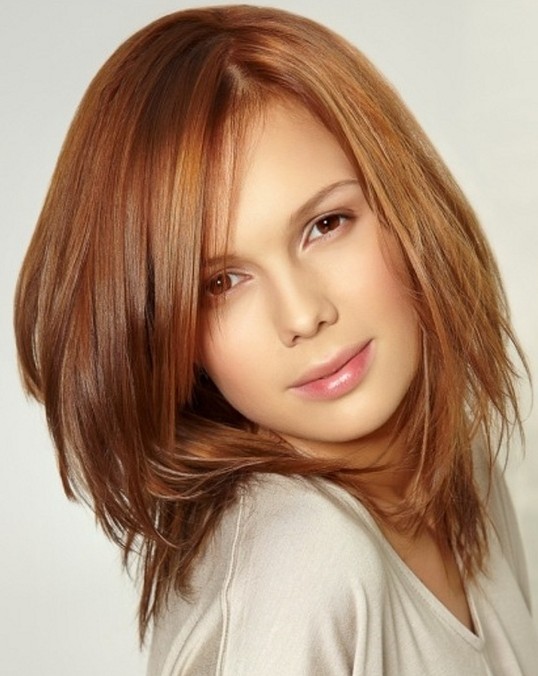 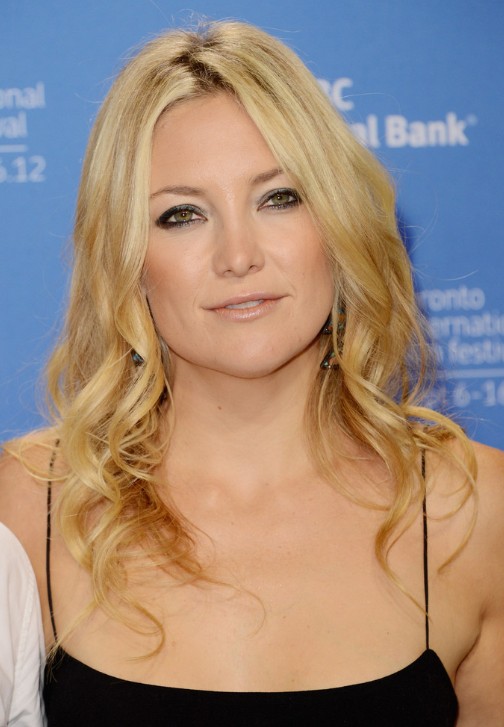 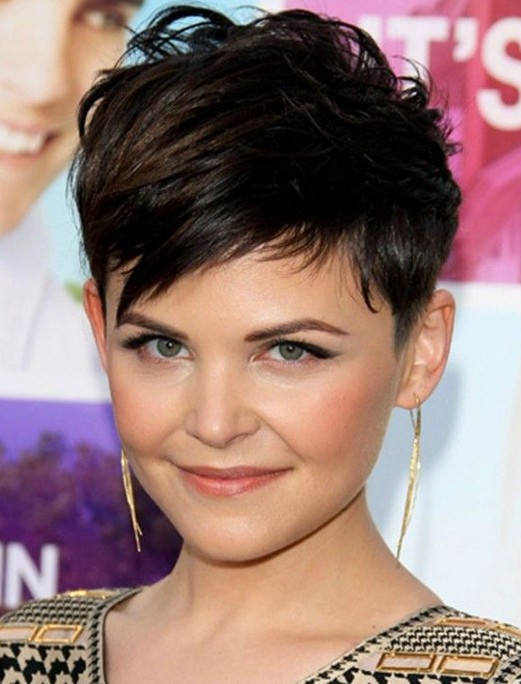